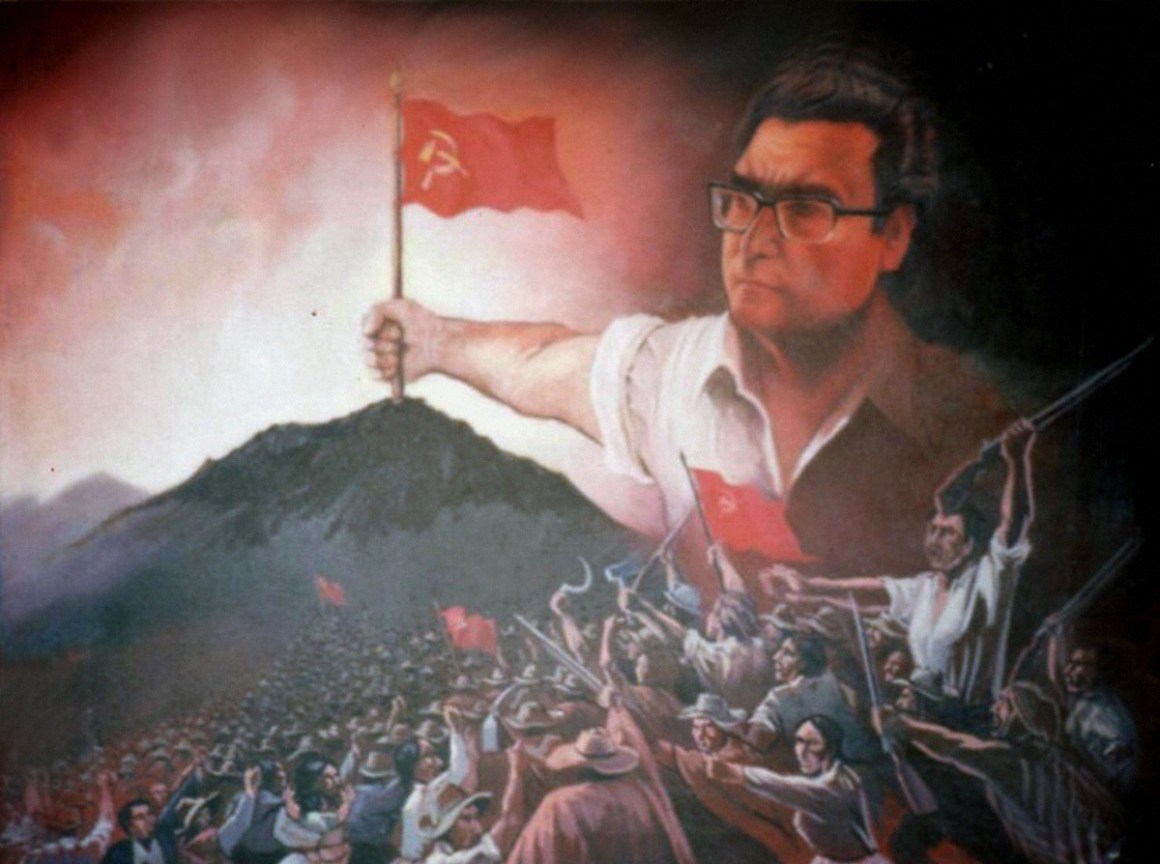 ”CPI (Maoist) stands in support the fight for the immediate release of Comrade Gonzalo!

CPI (Maoist) stands in support the fight for the immediate release of Comrade Gonzalo!
Gonzalo, the Chairman of the Peruvian Communist Party (PCP) was arrested in September 1992 along with the Central Committee. He was put in total isolation for the past 29 years.

The imprisonment, total isolation and the utmost inhuman attitude towards Comrade Gonzalo at a later age of 86 years is highly contemptable. The situation needs the attention of all those who think and work about a change in the society.

’Blood does not drown the revolution but irrigates it’ said Chairman Gonzalo. Comrade Gonzalo stood steadfast in his commitment to the oppressed people of Peru and the world and in his belief in the cause and success of World Socialist Revolution. He now needs to be in the arms of his beloved people and cadres of the Party.

He is going to die out of prolonged ill-health including psoriasis and now skin cancer in the dungeons of the Fascist Peruvian exploitive state. We do not want him to die. So let us raise our voice against the cruelty of the Peruvian state supported by the imperialists of the world.

The CPI (Maoist) joins the fight for the immediate release of Comrade Gonzalo. It appeals to all the revolutionary, progressive, progressive forces of the world to fight for his release. The arrest and the most heinous torture of Comrade Gonzalo is part of the attempts of the imperialists and their comprador rulers to unleash their loot and plunder to overcome their prolonged economic and financial crisis and to suppress the revolutionary movement of the world. But ’life imprisonment or hanging to death cannot stop revolution’.

Let us prove it through a flood of support to the Peruvian Communist Party and Comrade Gonzalo.

Revolutionary movement in Peru started since 1980 penetrated into the oppressed people and shook the ruling classes of the country like in any other country. The movement achieved leaps that made the ruling classes take up serious measures to maintain their exploitative power. They employed a department to know the whereabouts and arrest the leadership of the Peruvian Communist Party under which the movement was going on. Thus the arrests.

Within a short time after arrest Gonzalo was denied the visits of his family and lawyer. His hurried trial by the Peruvian state lasted only a few hours against the international rules of law in many ways. He was seated on a chair in the middle of a small steel cage. He was interrogated only about his political and ideological opinions.

Chairman Gonzalo proudly accepted the responsibility for leading the PCP and refused to accept the legitimacy of the court. He gave a three and a half hour speech in which he said: ’We are here as the sons and daughters of the people and we are fighting in these trenches, this is also combat, and we do this because we are communists! Because here we defend the people’s interest, the principles of the Party, and the People’s War! That is what we have been doing, what we are doing, what we will continue to do’.

Gonzalo’s life partner Miriam (Elena Iparraguirre) was also imprisoned. She was first in an adjacent cell but later transferred to women’s jail and put in isolation.

The first international delegation organized by the IEC arrived in Lima for the ’trial’.

On September 24th, the US Senate passed a resolution declaring that it “supports the Government of Peru in its determination to fight the violent, anti-democratic terrorist group known as the ’Shining Path’ and congratulating the DINCOTE for capturing Chairman Gonzalo. This was reiterated October 20th by a spokesperson for the US State Department, who said “Mr Guzmán is the leader of the most vicious terrorist movement in the Western hemisphere. We have no comment on the judicial proceedings by which he was tried.”

the imperialists organized or approved the prison murders of Azanian leader Steve Biko; Charu Mazumdar, Maoist leader of the Naxalbari peasant rebellion in India; the Maoist leader Ibrahim Kaypakkaya in Turkey; the Bangladeshi Maoist leader Shiraj Shikdar and the suspicious “suicide” of Chiang Ching. In the US’s own prisons, Black Panther leader George Jackson was shot in a staged “escape” attempt, and Puerto Rican nationalist leader Pedro Albizu Campos was killed by radioactive material placed in the walls of his cell.

Comrade Gonzalo’s imprisonment and isolation in the Callao Naval Base is not the first and the last in the world revolutionary movement. This shall continue as long as there is exploitation and oppression and revolution against the same in all parts of the world. In the present time where the imperialists are in the mire of economic and financial crisis and the people over the world are fighting for their right to life and livelihood, we need to unite and struggle in maximum possible ways.